On Thursday March 30, 2017, the latest expansion of the FTI was unveiled with plenty of pomp and ceremony. Members of the Provincial Government and the Official Opposition were on hand for this latest unveiling and by all accounts they were very impressed with the new building.

Along with the existing HMA classroom, offices and boardroom, the new building boasts over 14,000 square feet of training space. Included in this expansion is a dedicated area to be specifically used for mock-ups exclusive to hazardous materials abatement training.

Asbestos, and its safe removal, is finally getting the attention it deserves with recent public interest in local media reports about unscrupulous contractors exposing both workers, and the community at large, to deadly asbestos fibres through shoddy work practices. The Federal asbestos ban, the recent resolution at the UBCM with regard to contractor licensing and worker certification and the provincial government’s announcement of a cross ministry working group on this subject, have started the wheels in motion towards stricter controls around the abatement of this dangerous mineral.

With these recent developments at all levels of government, now more than ever, the HMA needs to be at the forefront of the industry with regard to the anticipated legislative changes. The HMA’s expertise and continued lobbying at all levels is starting to pay off and as a result, the HMA will be providing valuable input into this process going forward.

Without the HMA’s continued dedication to providing our Contractors with properly trained workers and our Contractors dedication to safety, the HMA wouldn’t be in the position they currently occupy as the preeminent experts with regard to commercial asbestos abatement.  The facility upgrades have also played a significant role in raising awareness with our local politicians about the HMA’s work. Being able to see first hand what the HMA can do to ensure the proper training of abatement workers was a real eye opener for everyone in attendance at the grand opening.

The HMA will continue to turn out the best trained workers and will work with all of our Contractors to ensure that no more British Colombians are exposed to the dangers of asbestos. 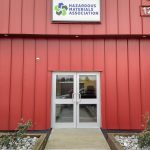 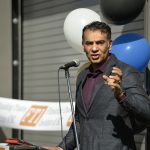 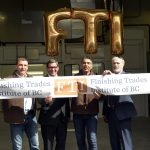 And what is a Grand Opening without a ribbon cutting 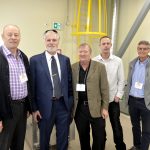 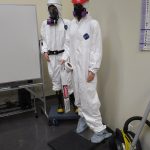 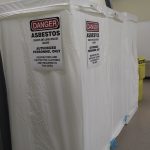 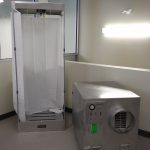 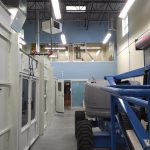