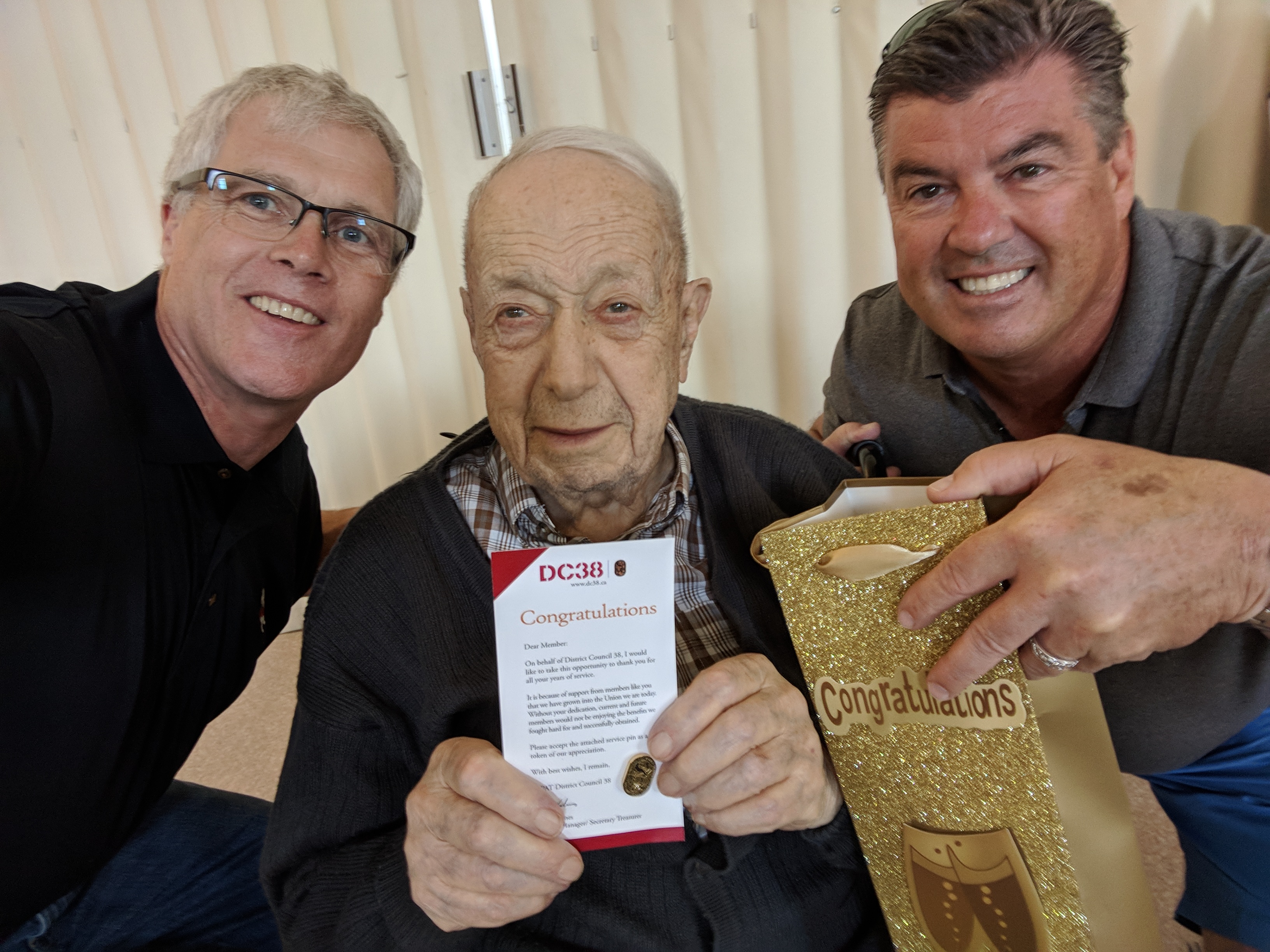 At this year’s annual retirees recognition celebration two things were missing. First, Paddy Byrne, the Director of Training of the FTI, who normally serves as the Master of Ceremonies at the pin presentations, was away in Greece celebrating his wife’s 60th birthday. Second and more importantly, William (Bill) Hunt, our longest serving, continuous member of our Council, was unable to attend due to health issues.

Today both Bill and Paddy were able to get together along with Business Manager, David Holmes, to recognize an important milestone in our union’s history. Bill, at the fine old age of 98, was presented with his pin recognizing his over 70 years of continuous membership in our union. This is an amazing accomplishment and marks the first time ever our Council has handed out a 70 year pin.

Bill was very appreciative of the fact that Dave and Paddy took the time to travel out to Abbottsford in order to present Bill with his pin personally. However, Bill’s biggest smile of the day came when Paddy presented him with a nice bottle of Cabernet Sauvignon. Paddy told Bill that he and Dave are looking forward to presenting Bill with his 71 year pin next year along with another bottle of wine, which of course elicited another big smile from Bill.

Congratulations again Bill from all of the Members of IUPAT DC 38.